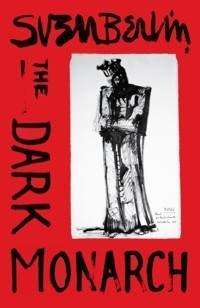 Barbara Hepworth, Ben Nicholson, Bernard Leach, Peter Lanyon, Patrick Heron, are but some of those described.. Their daily doings and foibles are all revealed, as are those of lesser characters, such as Guido Morris, the craft printer and various poets. Of these, it was Arthur Caddick who was to be Sven Berlins nemesis, and he it was who led the four libel litigants. The work could be said to portray “St Ives Art Colony with the lid off!”With the last of the litigants having passed away, the authors widow has authorised re-publication.

The original text and the numerous line drawings by the author, are unchanged. The new edition now includes a Foreword by Chris Stephens of the Tate Gallery, an acknowledged expert on the St Ives School. Also included, are illustrations of the “key”, in the authors hand, written in 1981 but never published, where the true identity of the characters is disclosed for the first time.

Eight colour plates show examples of the authors sculpture and painting, a photo of the “Tower” which is central to the narrative and the authors hand-written preparatory notes. Also included is a detailed account of the events surrounding publication and withdrawal of the book, with a glossary explaining some of the names and terms used in the text.As nothing else, the book provides a no-hold-barred insight into the frenzied creativity of St Ives in its hey-day, the petty jealousies and eccentricities.

Poverty too, is manifest here, and kindness, cheek-by-jowl with petty bureaucracy, romance and tragedy and frequent recourse to the local hostelries.Not for nothing did the Tate St Ives adopt the title of this book for a recent exhibition, acknowledging its significance, The jacket design incorporates an immensely powerful and previously unknown image of the Dark Monarch by the author, with sandalled feet and bowed head.Hardcover with dust-jacket, pp.

Comments
Comments for "The Dark Monarch":